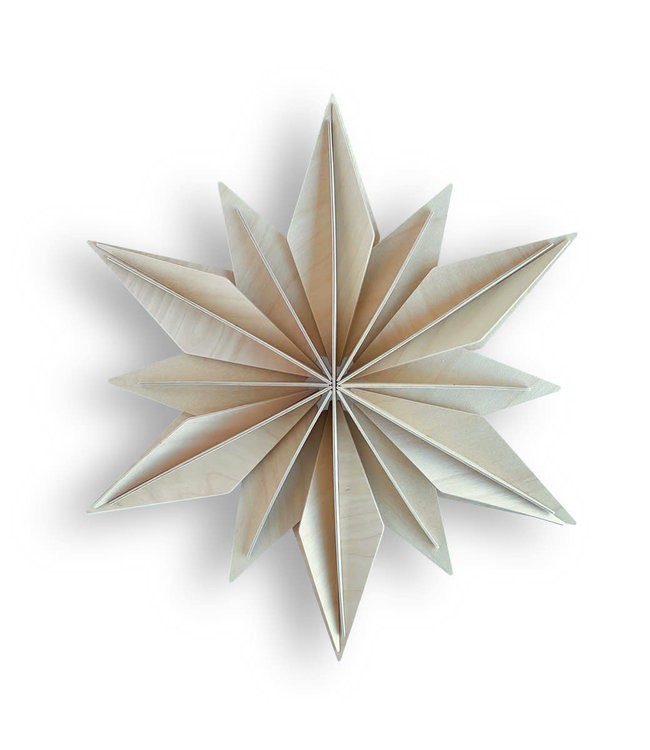 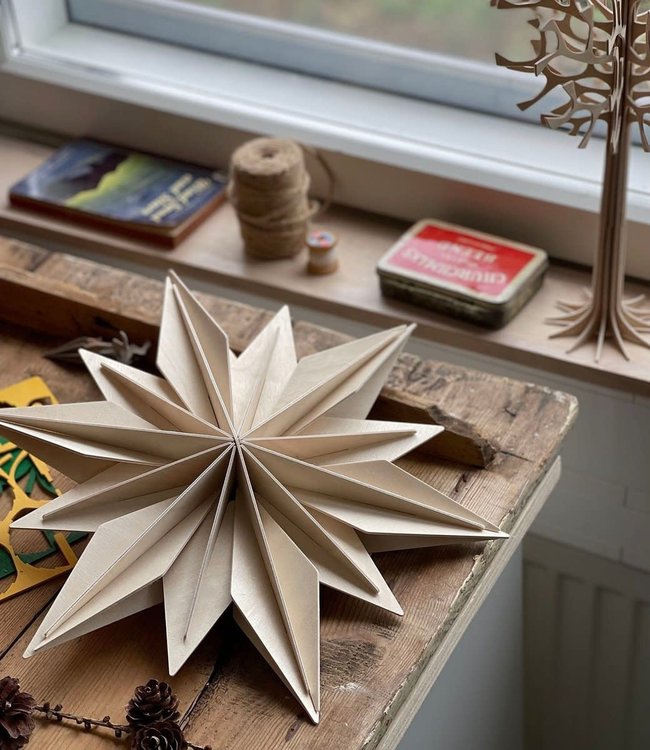 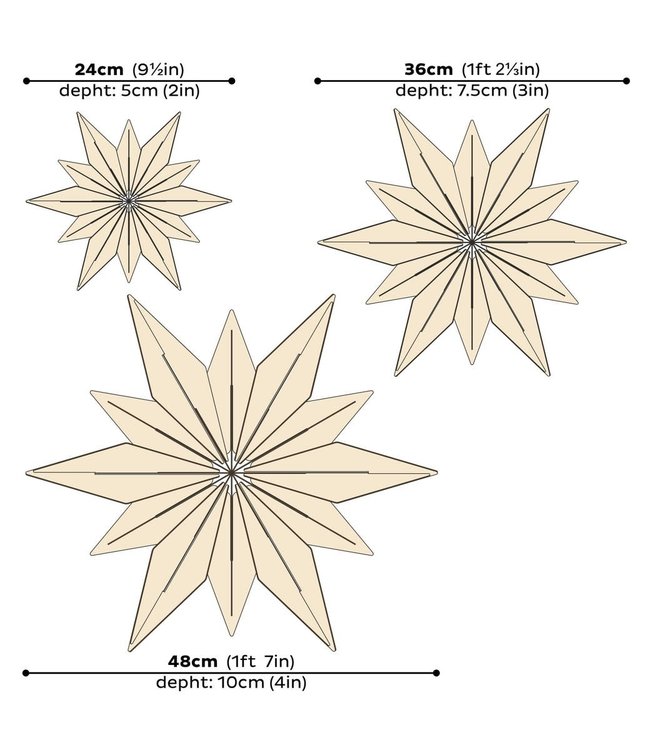 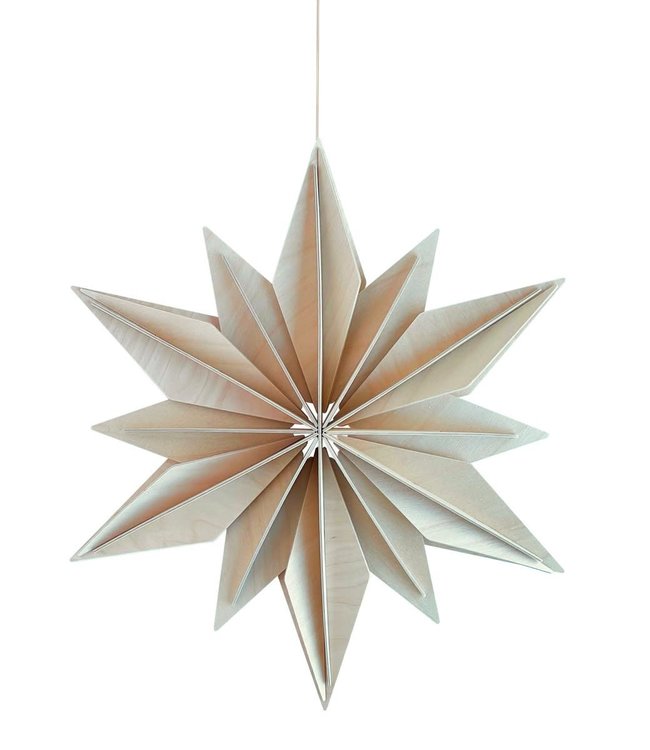 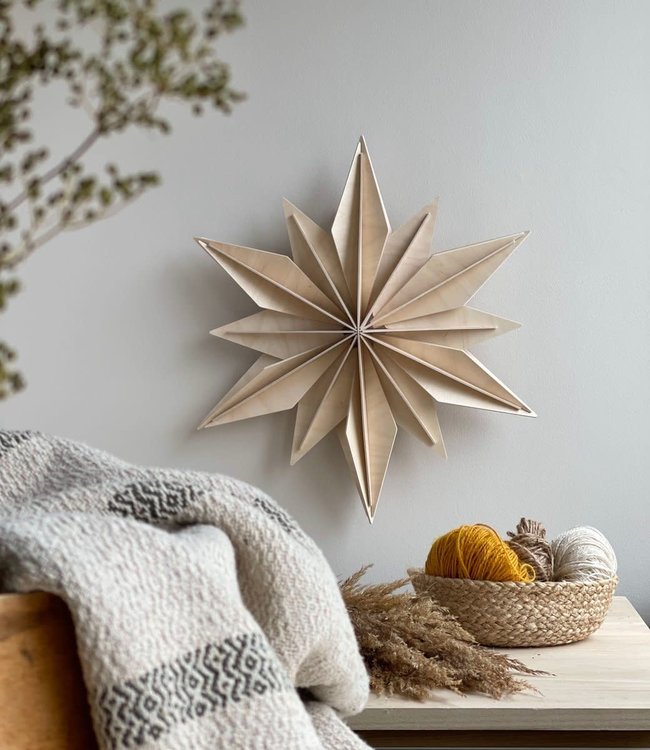 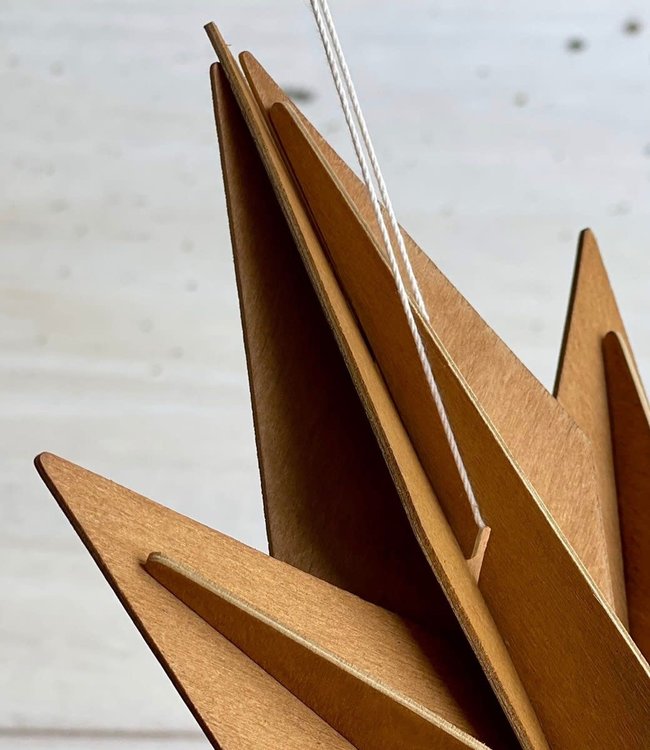 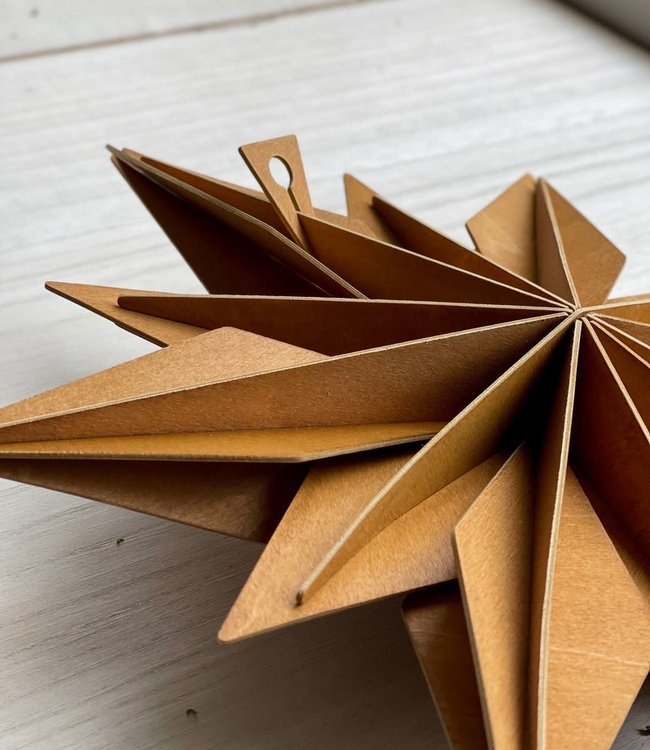 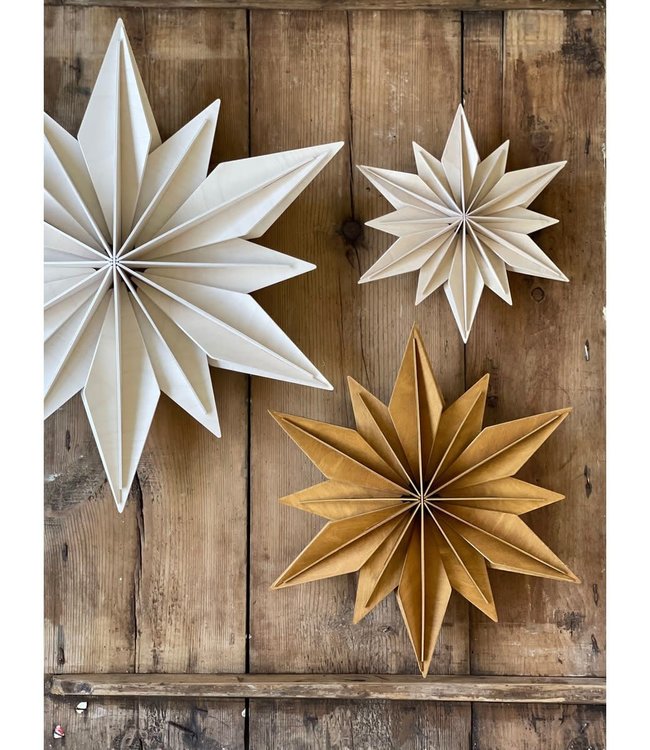 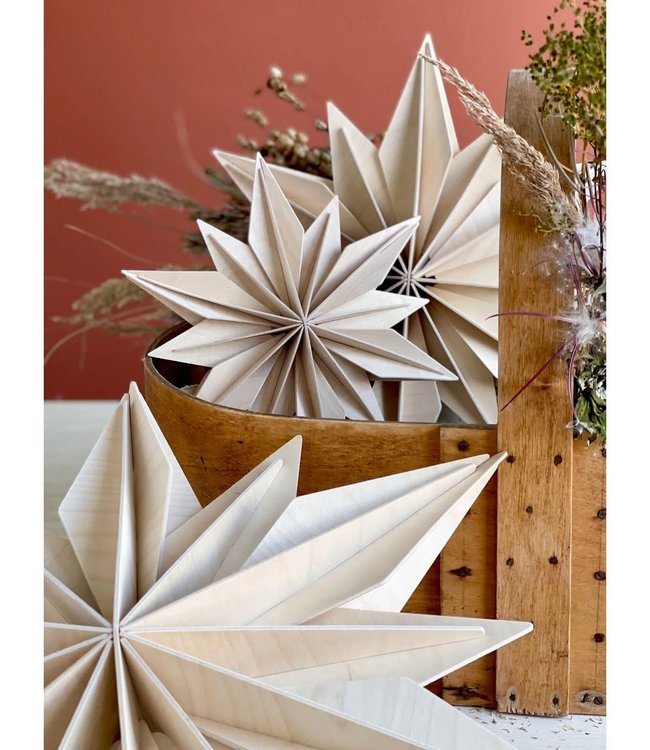 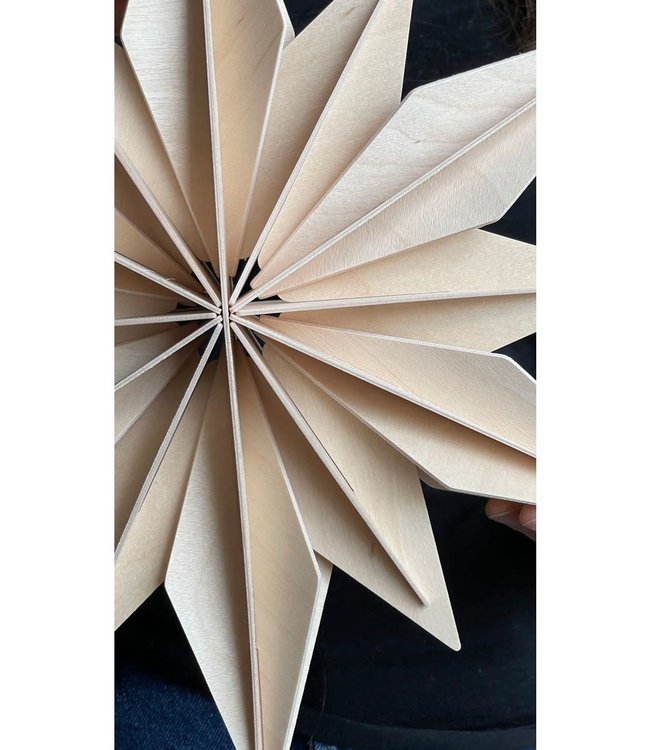 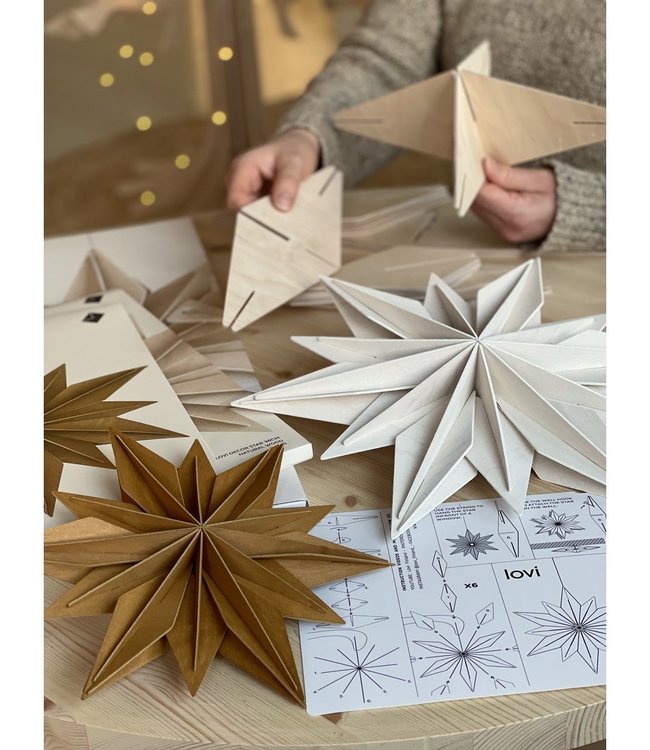 Ordered on working days before 2 p.m. is shipped the same day (NL). Pick up in the store in Deventer is also possible.

The LOVI star, like the trees and other objects, is delivered in a flat package. Together with the clear manual, you can easily assemble the stars. If you want to hang the star on the wall, you add one extra part during assembly and leave the string behind. If you want to hang the wooden star on your ceiling or frame, you only add the string during assembly. Make sure that the star hangs securely from your ceiling or frame. The star is made of thin wood, but all in all it is not super light and if it falls to the ground, the star can be quickly damaged.

The structure of the wooden Star makes it a playground for light and shadow effect. The star's presence changes with the direction and amount of available light in space. The small notch in the center of the star, which resembles a small snowflake, is a beautiful detail. When the star hangs against a window, natural light seeps into the room through this small opening.

Keep the box/packaging that contains the star. You can store the star neatly after you have taken it apart, until you want to hang it again. This way, the star cannot be damaged in the meantime.

Like all LOVI objects, the stars are made from Eco-friendly Finnish Birch plywood and hand painted with water-based, non-toxic toy paint. The beautiful wood grain is still visible through the thin layer of paint.

Wood is one of nature's most beautiful and versatile renewable materials. Trees take care of us by taking up carbon and releasing oxygen into the air. At the same time, they help prevent global warming.
Lovi products are made of Finnish birch plywood. In Finland there is a very strict forest policy. This means that new trees are planted immediately after felling. Today, northern forests are growing faster than they are being cut.

Lovi hopes that one day the same will be true all over the world. To make this possible, they donate part of their income to replanting projects in parts of the world affected by drought, erosion and flooding. Planting is done in collaboration with the local population, always taking into account local conditions and tree species.
Since 2009, LOVI has planted more than 55,000 trees, approximately 5,000 trees per year. The trees were planted in collaboration with Finn Church Aid.

Lovi is a family business based in Northern Finland. They produce flat-packed 3D figures made of wood, designed and patented by Anne Paso. The products are 100% made in Finland and made from the highest Finnish quality, environmentally friendly birch plywood. The products are assembled by hand without tools. The smallest Lovi products are envelope size and easy to send. The beautiful Lovi shapes that cleverly fit together create a sense of wonder as they take shape and come to life. All with the added satisfaction of working with your hands

“In 2001 I wanted to make a wooden Christmas bauble as an alternative to plastic Christmas trees. The very first version was a stick with veneer pieces glued to it. I quickly realized that it had to be a 3D puzzle so that the end user is the one who has the satisfaction of putting it together. A new type of connection made the idea achievable, as the pieces fit together easily. The package was then given postcard-style packaging and the product was ready to ship. The very first samples were sent around the world in 2003 as seasonal greetings." 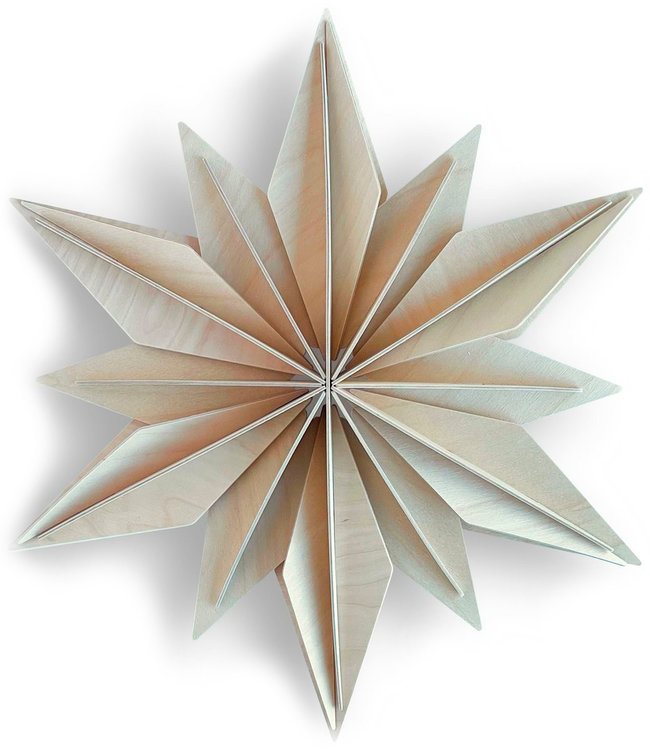 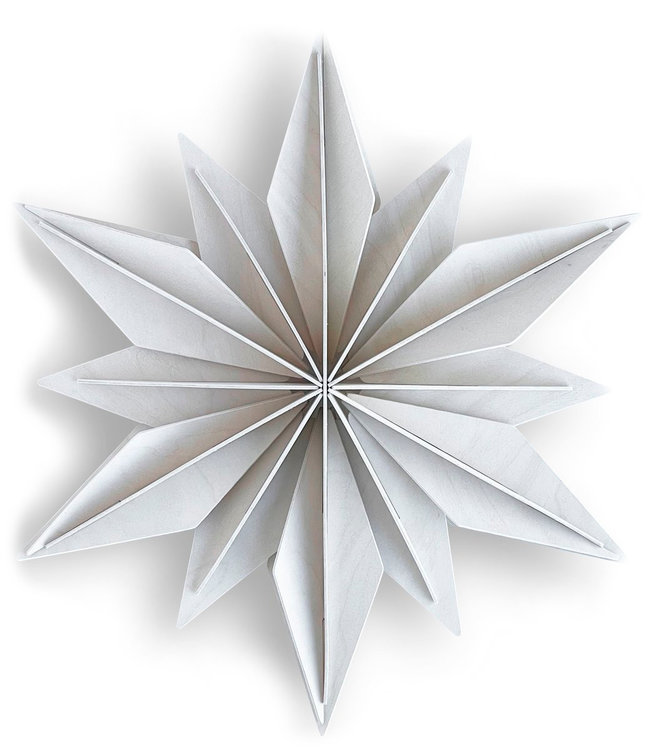 This beautiful white wooden star from LOVI is the autumn –..
€119,00
NIEUW 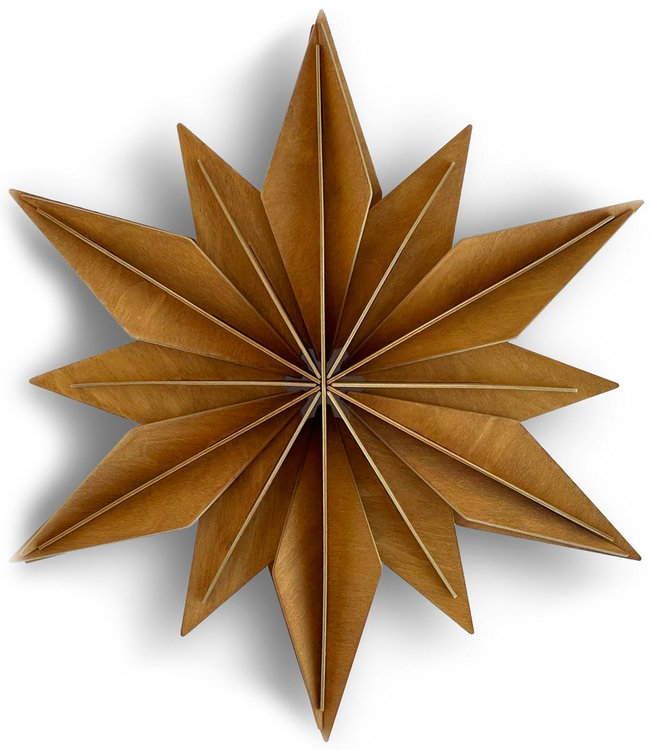 This beautiful cinnamon wooden star from LOVI is the autumn ..
€119,00
NIEUW 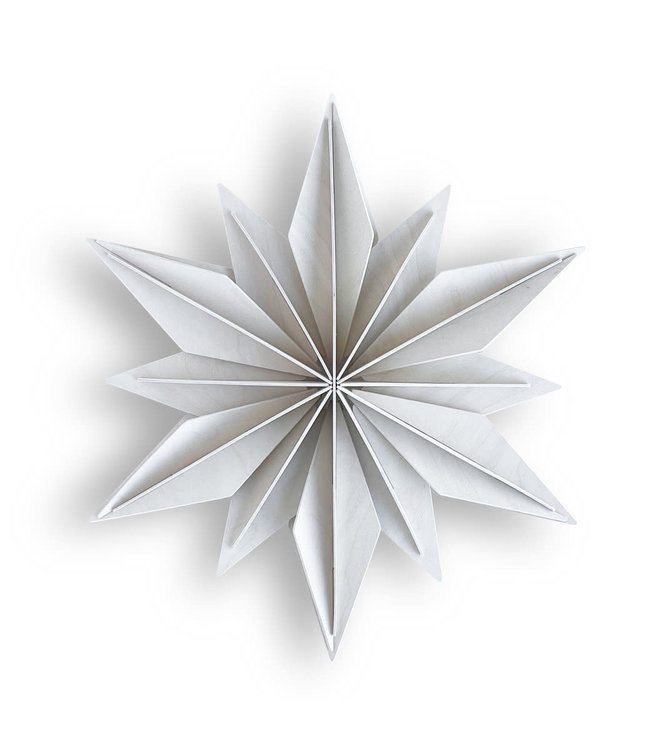 This beautiful white wooden star from LOVI is the autumn –..
€69,00
NIEUW 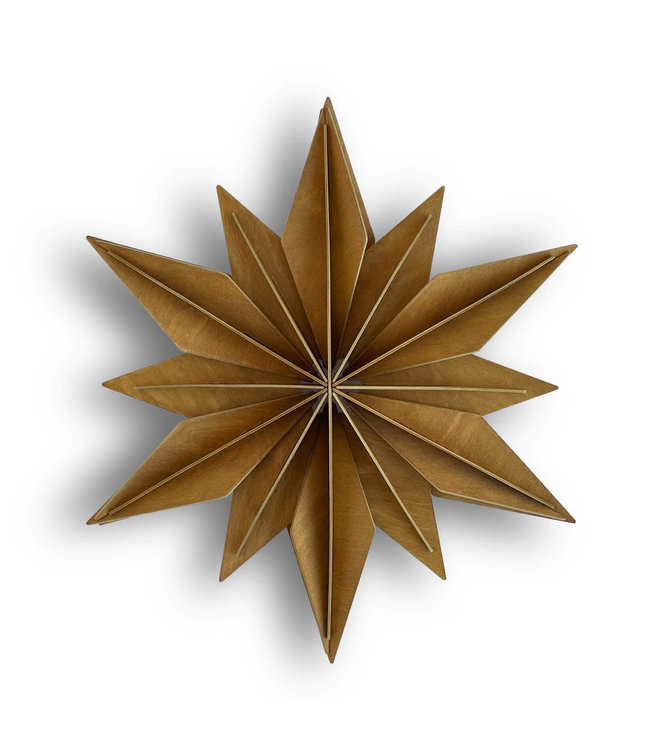 This beautiful cinnamon wooden star from LOVI is the autumn ..
€69,00
NIEUW 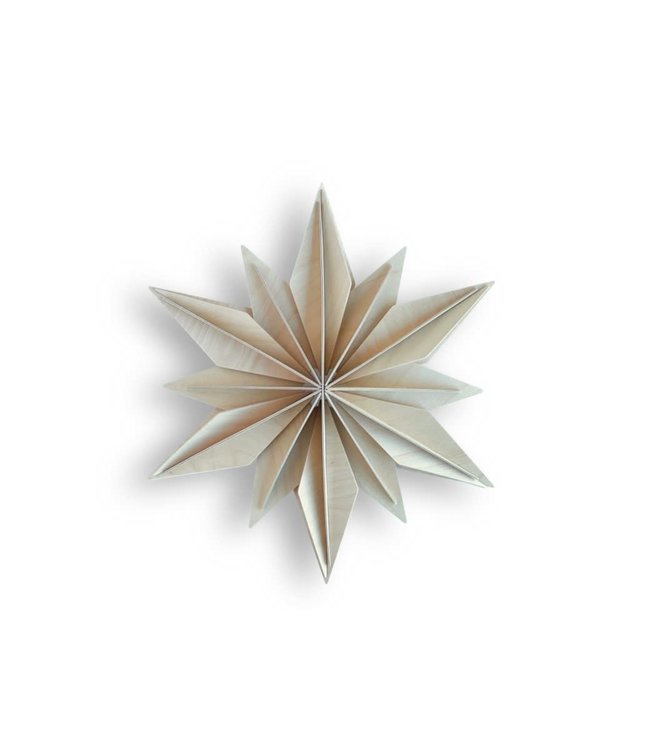 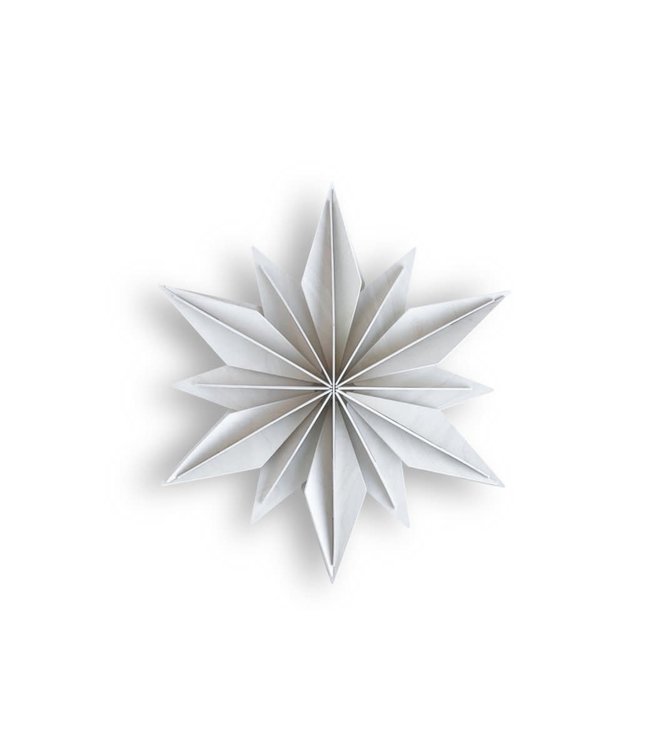 This beautiful white wooden star from LOVI is the autumn –..
€45,00
NIEUW 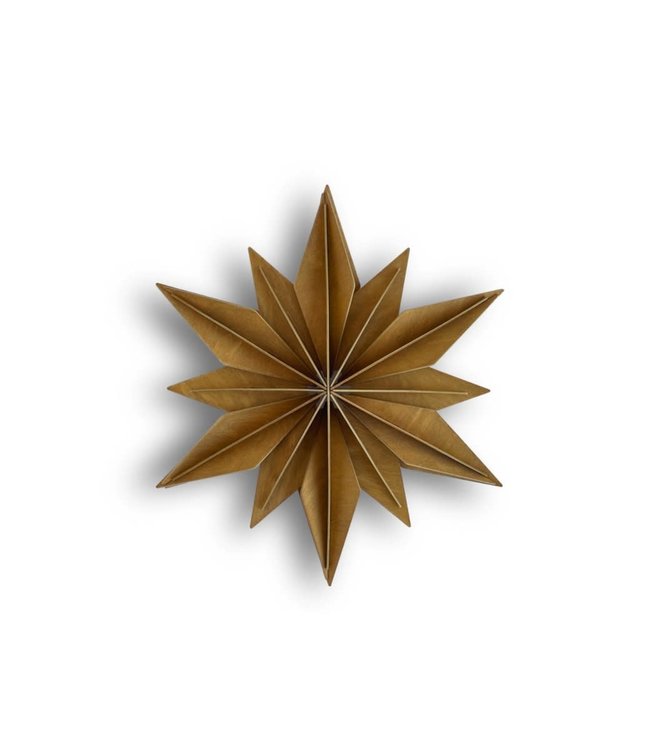