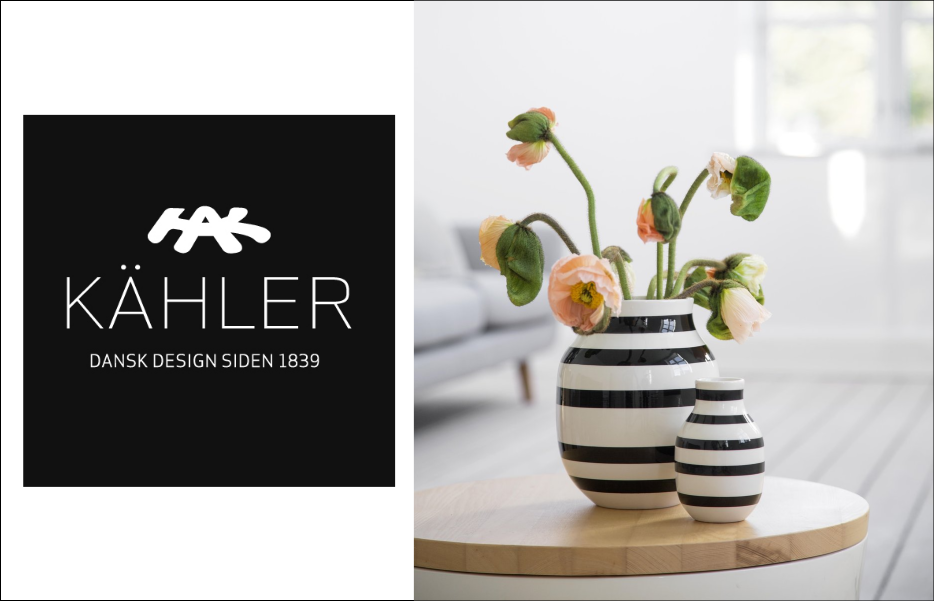 The story of Kähler began in 1839, when Herman J. Kähler opened a small ceramic workshop in the town of Næstved. 2 of his 7 children continued the company at his retirement in 1872, Herman August Kähler and Carl Frederik Kähler. Herman August builds a new workshop in 1875 that is now known as Kählersbakken. Here he starts experimenting with, for example, glaze.

These developments attracted many Danish artists to the workplace. He was responsible for worldwide fame and participated in many exhibitions around the world with his ceramic art objects. For his great dedication, he was given the honor of placing his initials, HAK, under the ceramics works. Even today his initials are still under the designs of Kähler.

Kähler is an important Danish brand in ceramic design. Kähler has its own shops and even a restaurant in Aarhus in Denmark, where you can enjoy breakfast, lunch and dinner, you have to make a reservation if you want to be sure of a spot.

The Kähler collection is very diverse and consists of crockery, objects, vases, candlesticks and lamps. A well-known series is the Omaggio series, of which the vase has found a place in many houses. The vase is characterized by its beautiful simple shape and with the hand-painted stripes. To put those stripes on it so tight, you have to be a real craftsman with a steady hand.

Due to the dark winter months, candlesticks cannot be missed in the collection. The Urbania is a beautiful atmospheric series. Candlesticks in the form of buildings in a slightly simplified form. The base is made in a mold, after which all the windows are cut by hand. There is a lot of manual work involved in the production of these candlesticks.

Kähler works together with many Danish ceramists and artists. In our shop you will also find the Studio Arhoj collection, founded by ceramist Anders Arhoj. Together with Kähler, he has developed a beautiful collection called Ombria. A collection consisting of vases and candlesticks, sturdy in quality, beautiful colors and shapes. Flowers are really beautiful in these vases!

We have a nice collection from Kähler. 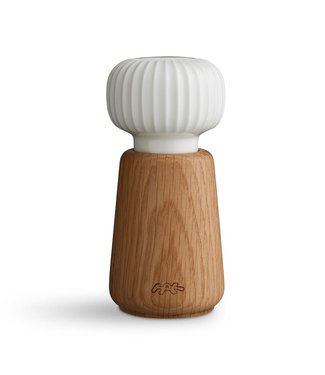 This white pepper mill from the Hammershøi series by Kähle..
€56,95
NIEUW 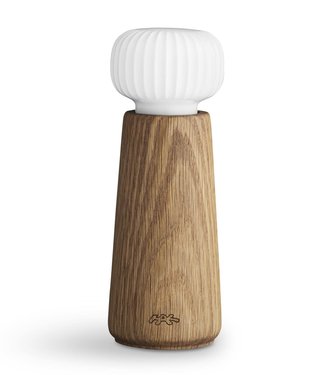 This white pepper mill from the Hammershøi series by Kähl..
€66,95
NIEUW 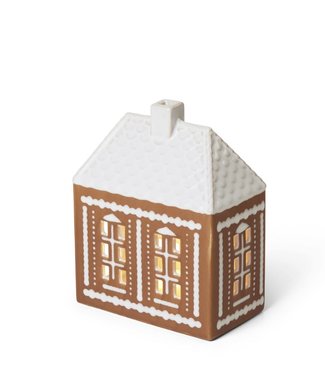 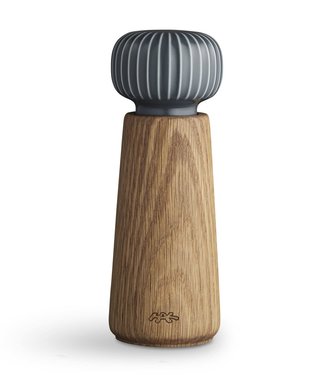 This anthracite grey pepper mill from the Hammershøi series..
€66,95
NIEUW 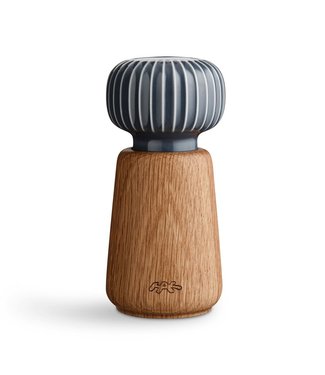 This anthracite gray pepper mill from the Hammershøi series..
€56,95
NIEUW 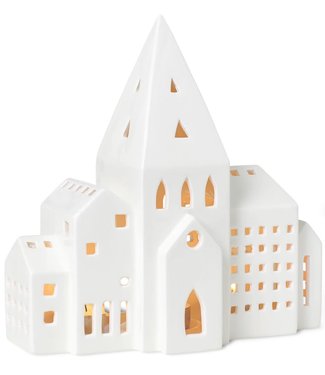 This Urbania Lighthouse City by Kähler Design is designed a..
€56,95
NIEUW 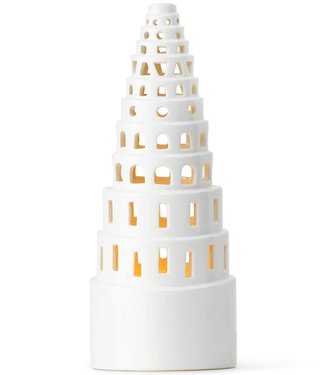 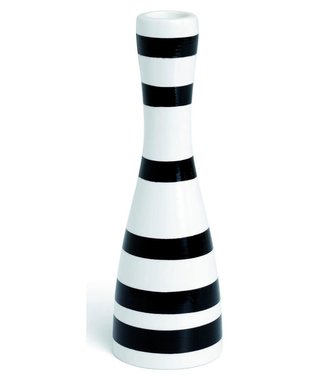 This Omaggio candlestick from Kähler design is elegant with..
€29,95
NIEUW 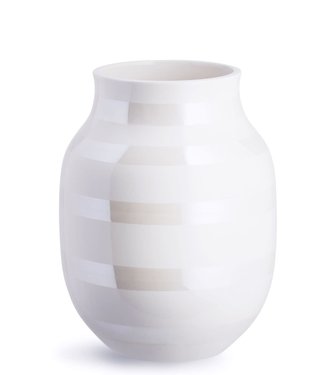 The Omaggio vase with mother-of-pearl stripes is a beautiful..
€54,95
NIEUW 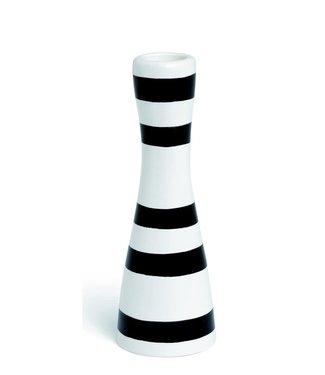 This Omaggio candlestick from Kähler design is elegant with..
€22,95
NIEUW 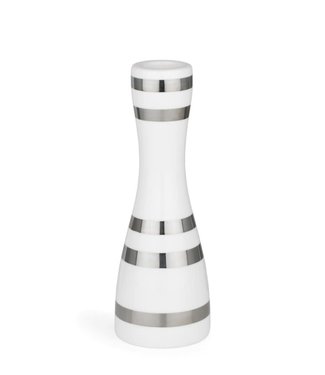 This Omaggio candlestick from Kähler design is elegant with..
€22,95 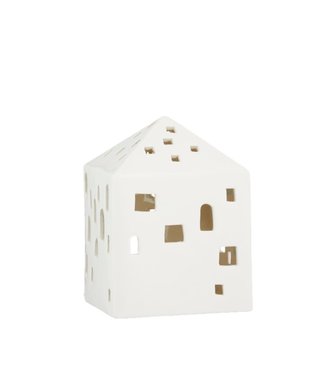 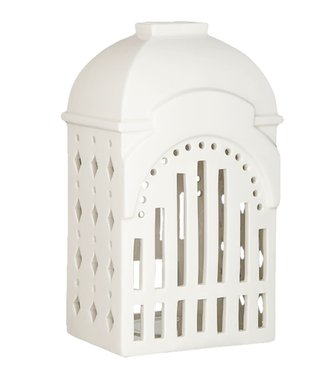 This Urbania called Tivoli is inspired by the entrance gate ..
€46,95 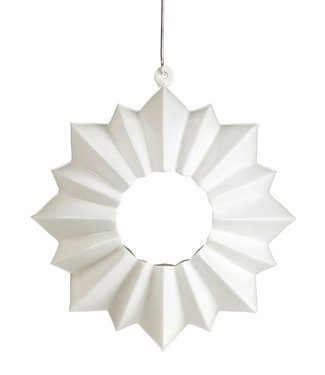 This Stella tealight holder is incredibly atmospheric and ca..
€39,90 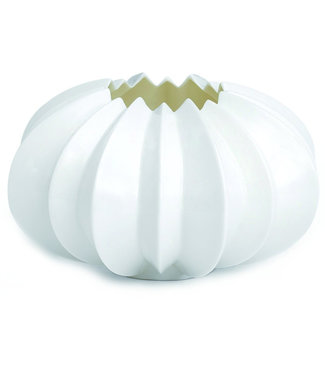 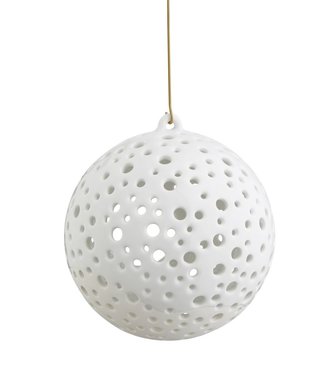 This Nobili tealight holder from Kähler design you can hang..
€39,90 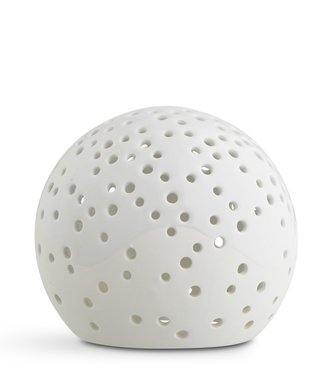 This Nobili has a beautiful round shape, which gives your ro..
€44,90 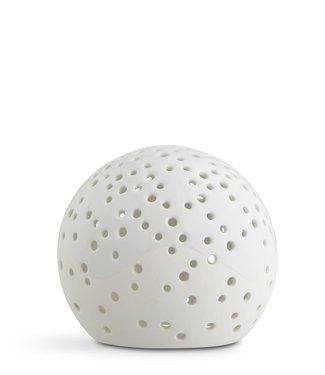 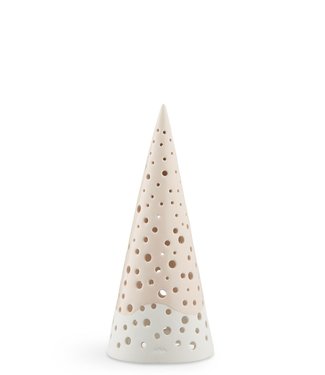 A beautiful Nobili nude is the newest colour in the Nobili s..
€29,90 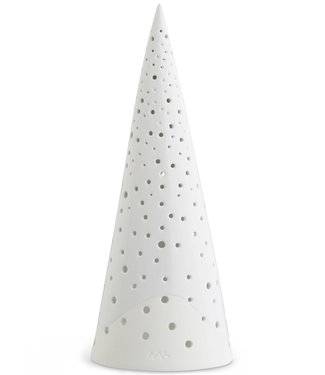 This white (off-white) Nobili from Kähler design gives your..
€44,90 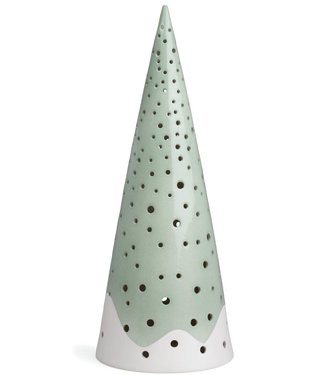 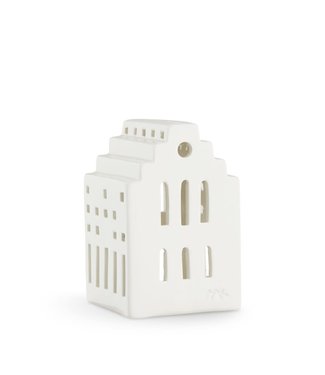 A beautiful small tealightholder is this Urbania light house..
€24,95 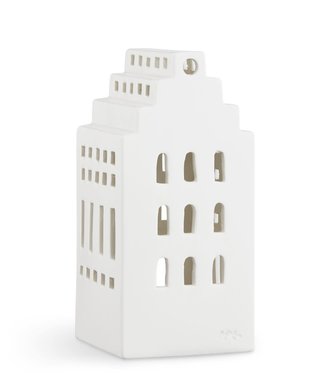 This Urbania light house Manor is a beautiful mansion with a..
€41,95 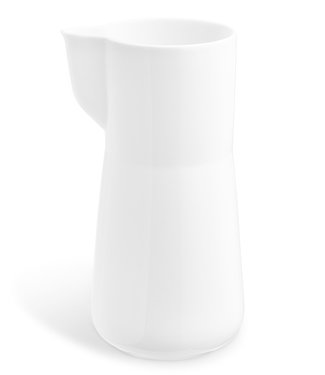